At Healthy Bodies Physiotherapy, we pride ourselves on the broad-based experience of our team of practitioners, who provide individualised solutions for many simple and complex conditions.

While we treat patients of all ages including children and the elderly, many of our patients fall into the category of those in their 20s-40s with musculoskeletal conditions or sporting injuries.

Our entire team is registered with their respective professional bodies e.g. Exercise and Sports Science Australia (ESSA) and the Australian Physiotherapy Association (APA), so you can be assured that you are receiving treatment only from the utmost qualified professionals who are bound by their codes of conduct. 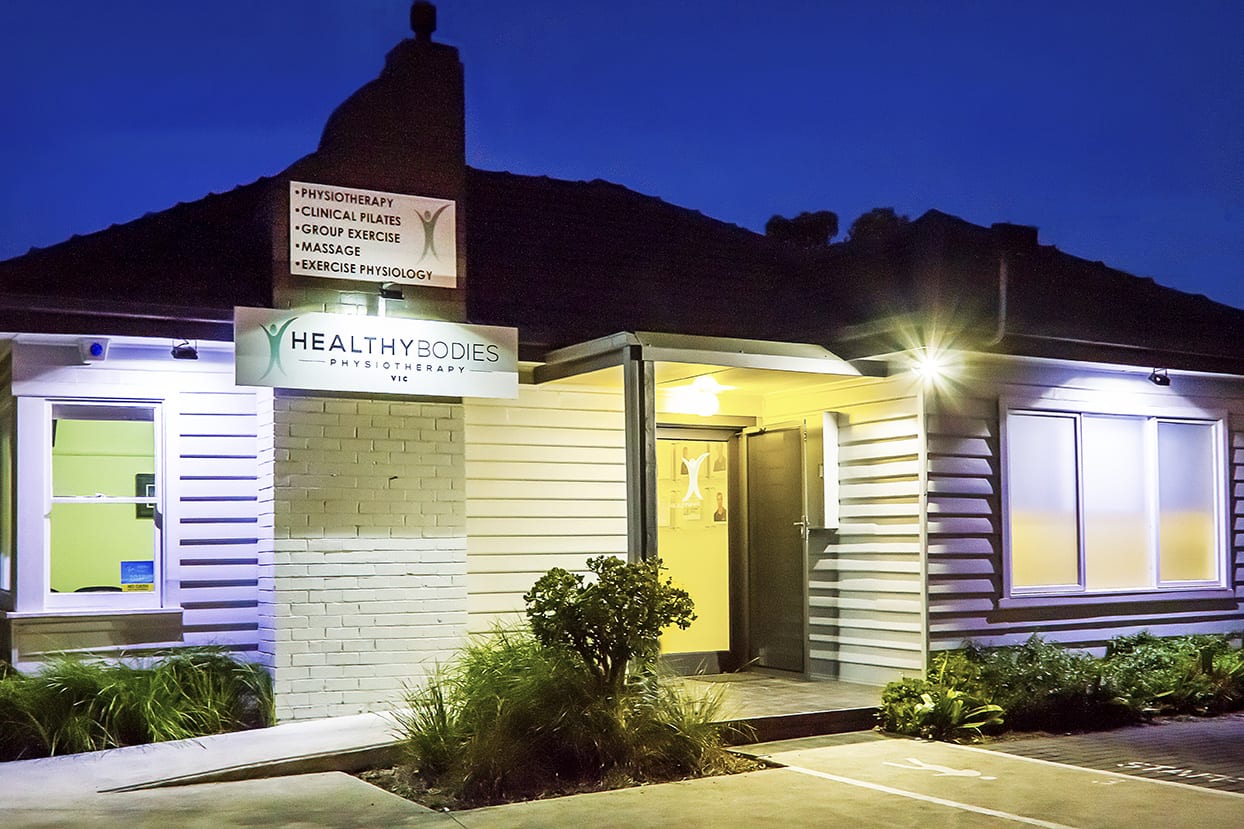 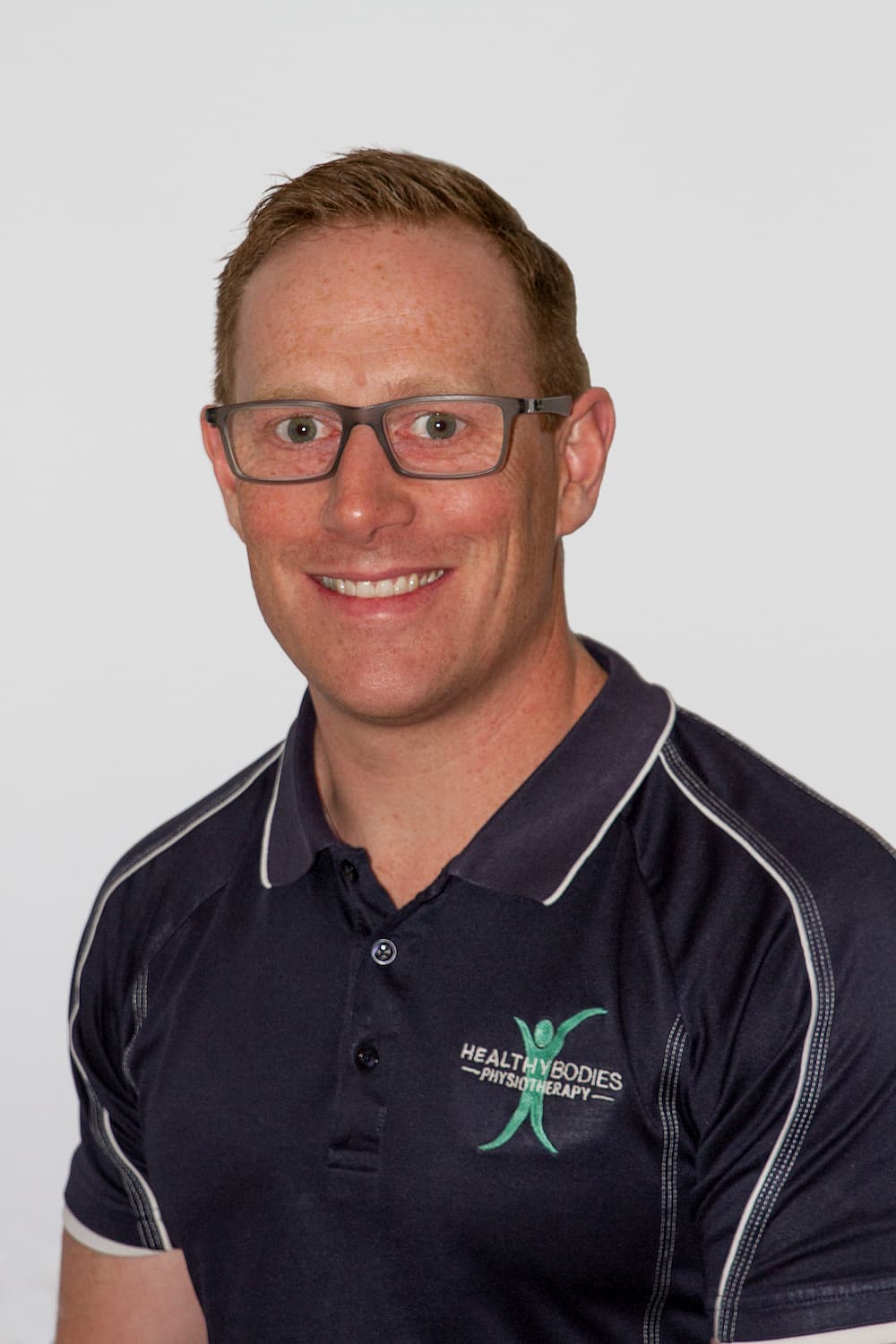 Chris has worked in private practice around Melbourne as a musculoskeletal physiotherapist for the last decade, between 2011 and 2017 he also worked at Collingwood Football Club where as Team Physiotherapist and Strength Program Co-ordinator.

Chris has recently been offered a role to work with the Australian Commonwealth Games Team in Gold Coast in 2018.

Mitchell is a hard working and passionate physiotherapist. Since graduating with a Bachelor of Physiotherapy (Honours) from Monash University in 2015, Mitchell has had extensive experience in the fields of sports and musculoskeletal physiotherapy both within private practice and the sporting sector. 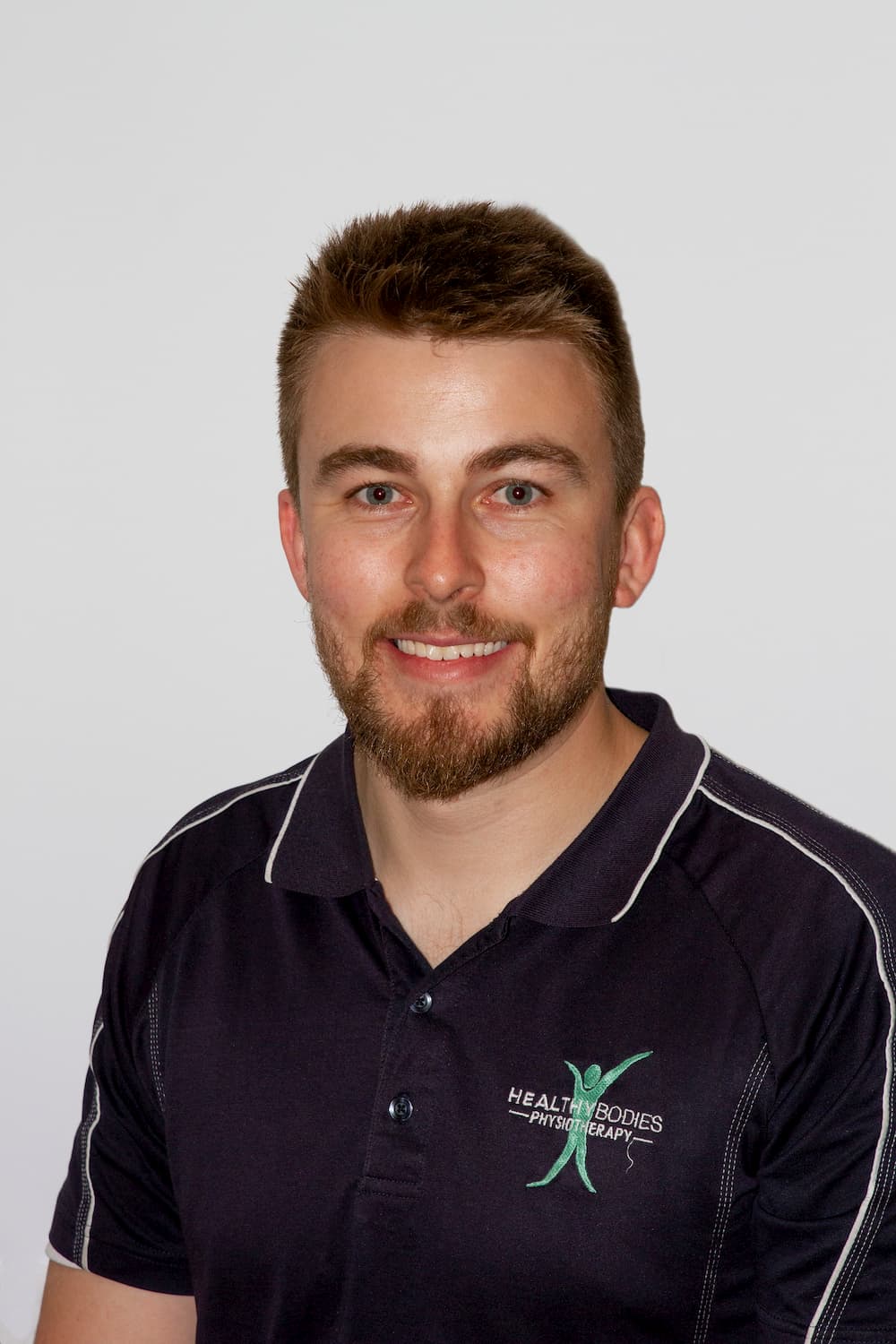 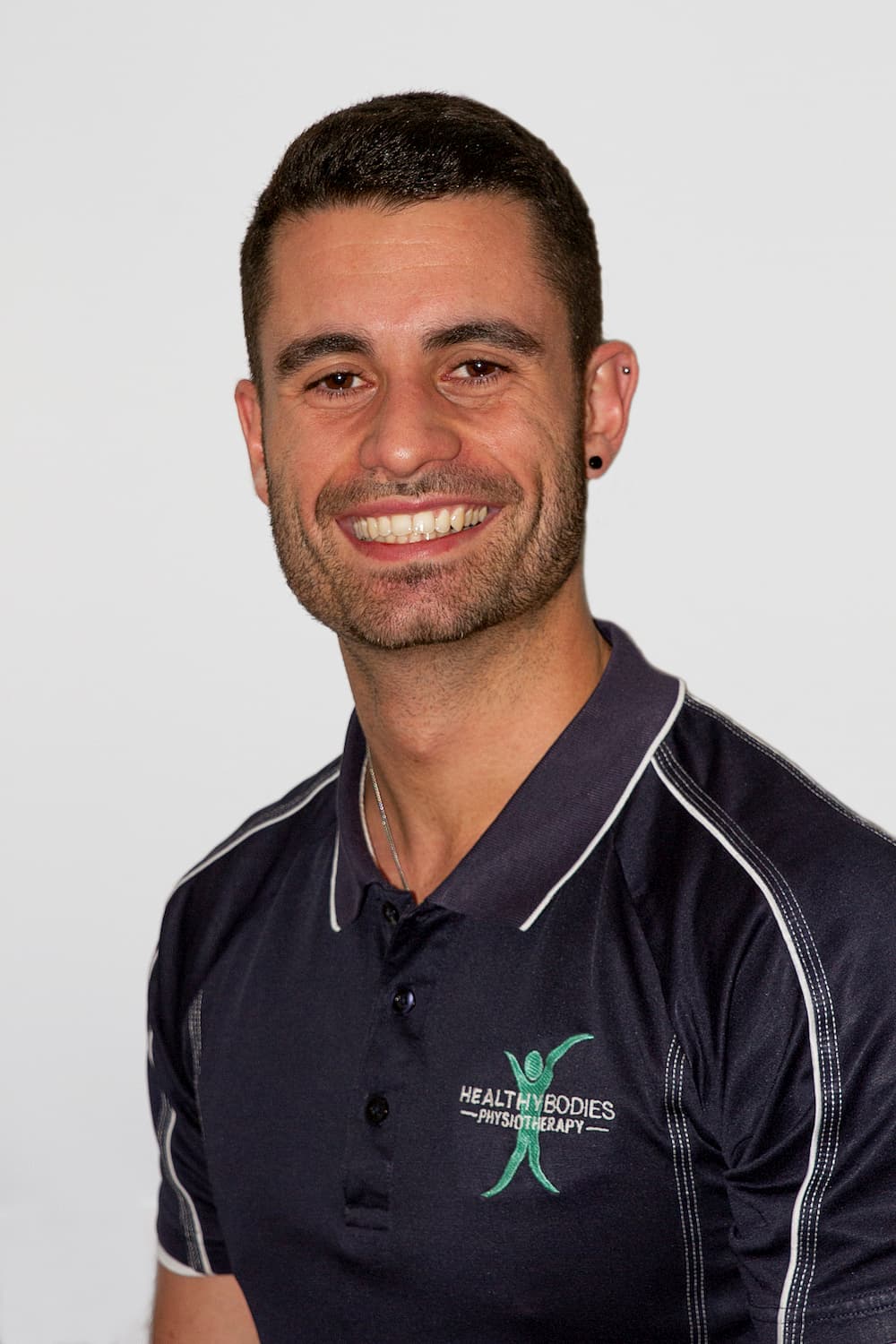 With a thirst for knowledge, George has achieved his Bachelor of Exercise and Sport science at Deakin University, Bachelor of Health Science (majoring in Anatomy and Physiology) at Latrobe University (finishing as the highest-ranked student in the course), and Masters of Physiotherapy at Latrobe University, where he was actively involved in mentoring physiotherapy students in both anatomy and physiology. He has also recently become a GLA:D accredited provider, an initiative designed to improve symptoms for those with hip or knee osteoarthritis.

George has a wealth of sporting experience having worked with Melbourne Victory women’s team in 2017 and 2018 and has worked in the Southern Football League with Highett Football Club. He is currently the head Physiotherapist for Ormond Football club (Victorian Amateur Football Association). George has also worked as a personal trainer for over 8 years whilst studying at university.

George prides himself on his exercise knowledge and his ability to empower people from all walks of life to reach their full potential. He is also fluent in the Greek language.

Having competed in high level soccer and cross country for over 10 years, he now enjoys attending sporting events, participating in martial arts, as well as reading inspirational stories and auto-biographies.

Ebony completed her Bachelor of Physiotherapy in 2014. She commenced her career as a physiotherapist at South Eastern Private Hospital where her role centred on the rehabilitation of patients with musculoskeletal injuries. Over the next few years Ebony’s career progressed in the in-patient setting. Now, alongside her time at Healthy Bodies Physiotherapy, Ebony works at St Vincent’s Private Hospital in the Rehabilitation Department as a Grade 2 Physiotherapist facilitating the rehabilitation of patients with complex musculoskeletal injuries and post orthopaedic surgery. She also enjoys her role at Westgate FC as head physiotherapist.

Ebony’s love of sport started as a competitive swimmer. She made both Victorian and Australian squad teams and competed at these levels on numerous occasions. Ebony’s experience as an athlete sparked her interest in forging a career in the sport setting. Since 2017, Ebony has been worked with NPL/NPL2 and State League soccer teams, and is currently working with Wesgate FC as the head physiotherapist.

When she has some free time, Ebony enjoys snowboarding, travelling and reading. She regularly attends professional development courses to stay up to date with the latest evidence based practice in physiotherapy. 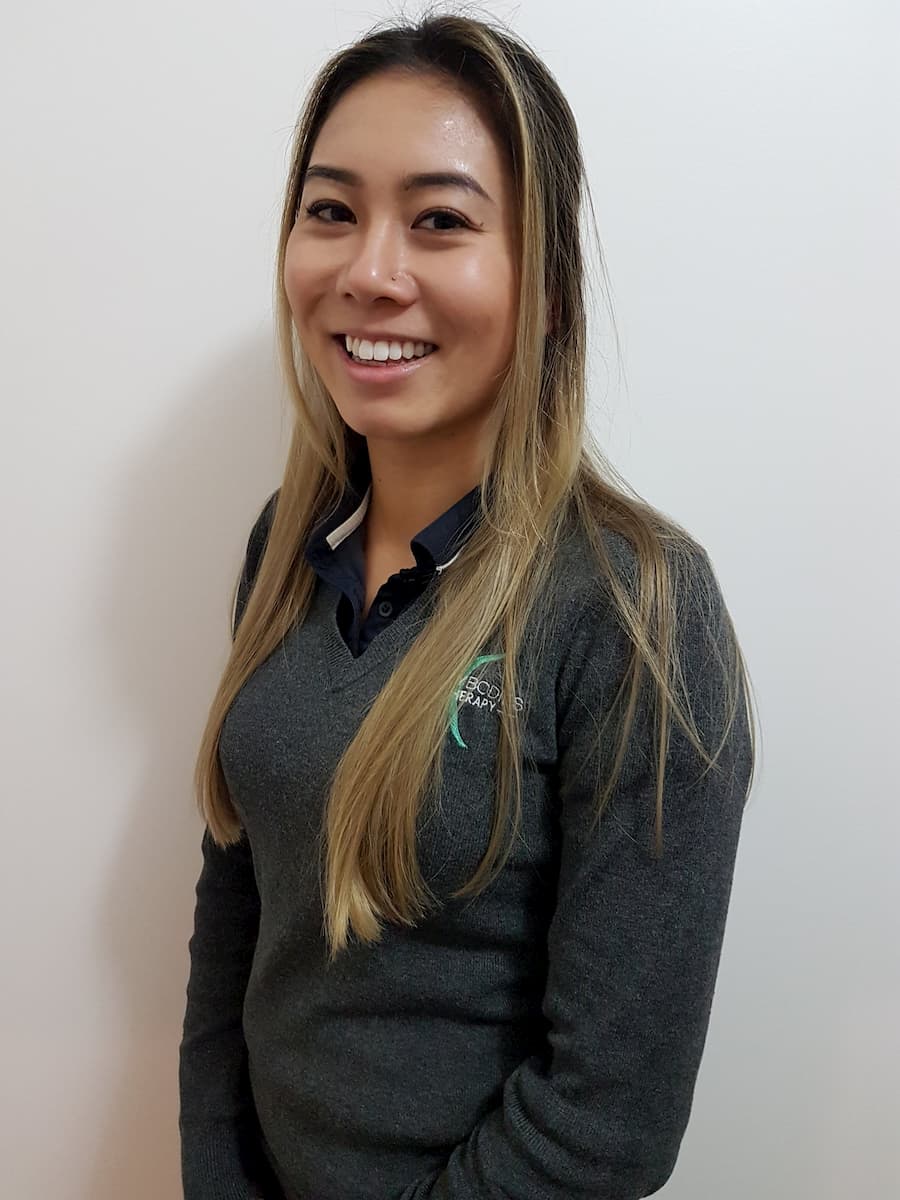 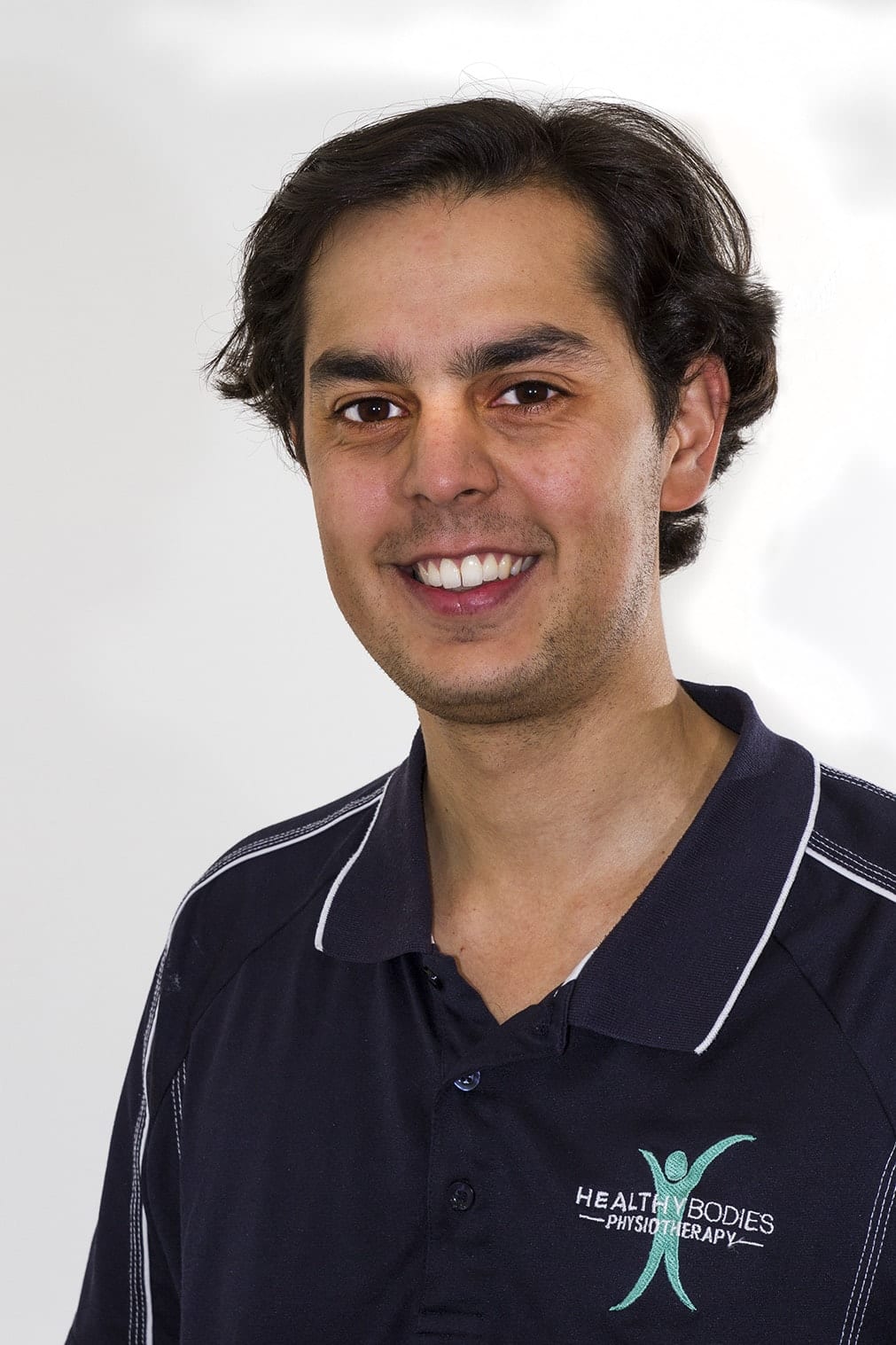 Since graduating, Jonathan has built up experience working for the Multiple Sclerosis Society, and as a private practice physiotherapist.

Having worked with patients from a variety of populations, both neurological and musculoskeletal, Jonathan is well positioned to help those with both chronic conditions, and more acute sporting injuries.

For over twenty years Jill has worked as a qualified physiotherapist both in Australia and the USA in a variety of clinical settings. In the last ten years Jill has pursued further Pilates training and education and has focussed her practise in this area as it is a fantastic tool for recovering from injury and enhancing performance.

Special interests include Pilates for post-natal recovery, low back pain and maintaining form in the over 50s population.

Jill enjoys competing in the local Parkrun and overseeing her three children’s sporting pursuits in AFL, athletics, gymnastics and calisthenics. 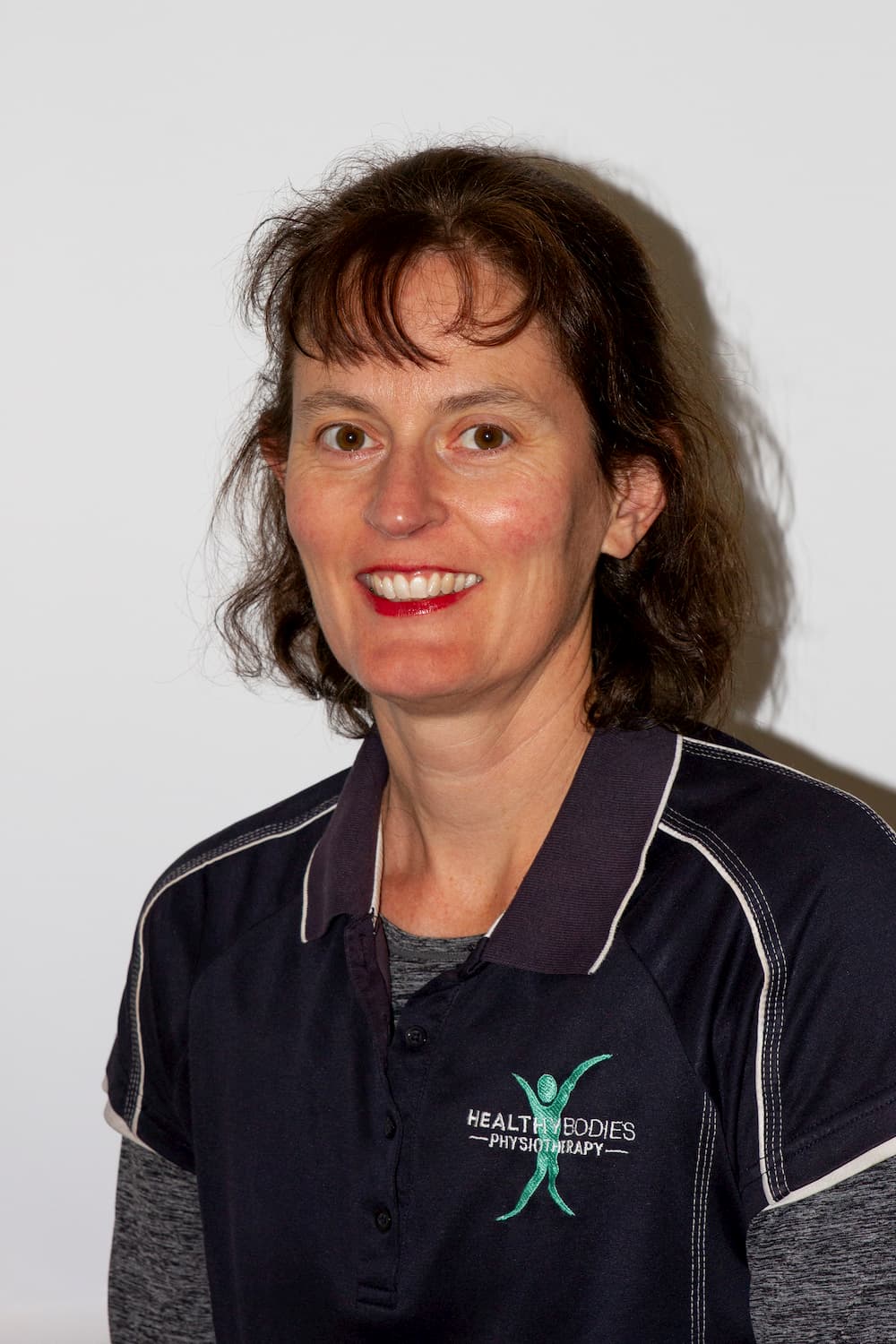 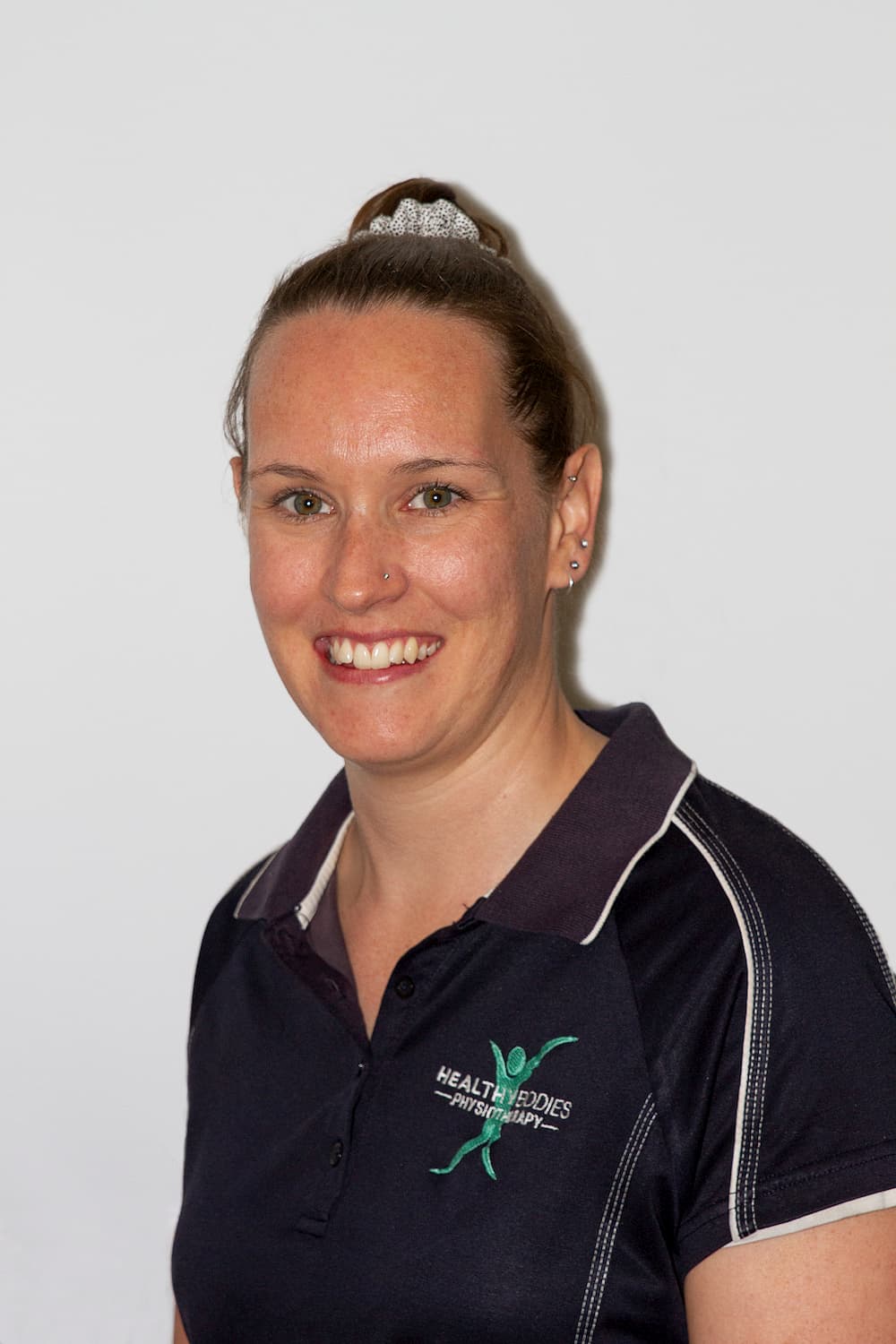 After wanting to pursue a career in health and exercise, Alita completed her university studies in 2012 with a bachelor of Exercise and Sports Science which she followed with a Post Graduate Diploma of Exercise Physiology. Alita’s desire to further her knowledge and skillset, led her to later complete a Diploma of Remedial Massage.

Alita’s expert knowledge in Exercise Physiology and Remedial Massage helps her to provide a more holistic approach when addressing her clients’ needs. By utilising both targeted hands on treatment and designing individualised, effective exercise programs Alita is able to provide both immediate relief from painful symptoms and a pathway long-term injury prevention.

Alita has a strong interest in helping the aging population stay independent and prevent falls through strength and balance training. Her passion for education shines through in her quest to improve patient understanding of chronic disease and how it can be managed effectively once diagnosed. In particular, she has an interest in the management of Diabetes and cardiovascular disease and has lead Diabetes focus groups in a number of clinical settings across Australia.

Her experience includes working in a variety of roles: in-patient rehabilitation, private practice, multiple hospitals and elite (VFL team North Ballarat) and sub-elite sporting organisations. This allows her to draw upon a wealth of knowledge when deciding the best treatment pathway for her client.

Ben completed his Bachelor of Sport and Exercise Science in 2017. Following completion, Ben was employed by Victoria University as a research exercise scientist. Within Ben’s undergraduate studies he developed an affinity for clinical practice which led him to undertake a post-graduate Masters in Clinical Exercise Science and Rehabilitation.

Ben has always been heavily involved in sport form a young age and has represented Australia at two indoor cricket World Cups; South Africa in 2012 and New Zealand in 2014. Ben is still heavily involved in sport today playing both football and cricket in their respective seasons and has taken on the role of assistant coach at Bentleigh Football Clubs’ Under 19s team.

Despite his sporting background Ben’s interests are not only involved with athletes. Ben is also passionate about promoting exercise and a healthy lifestyle in those of all ages and abilities as well as aiding in restoring optimal function to those of the wider community. 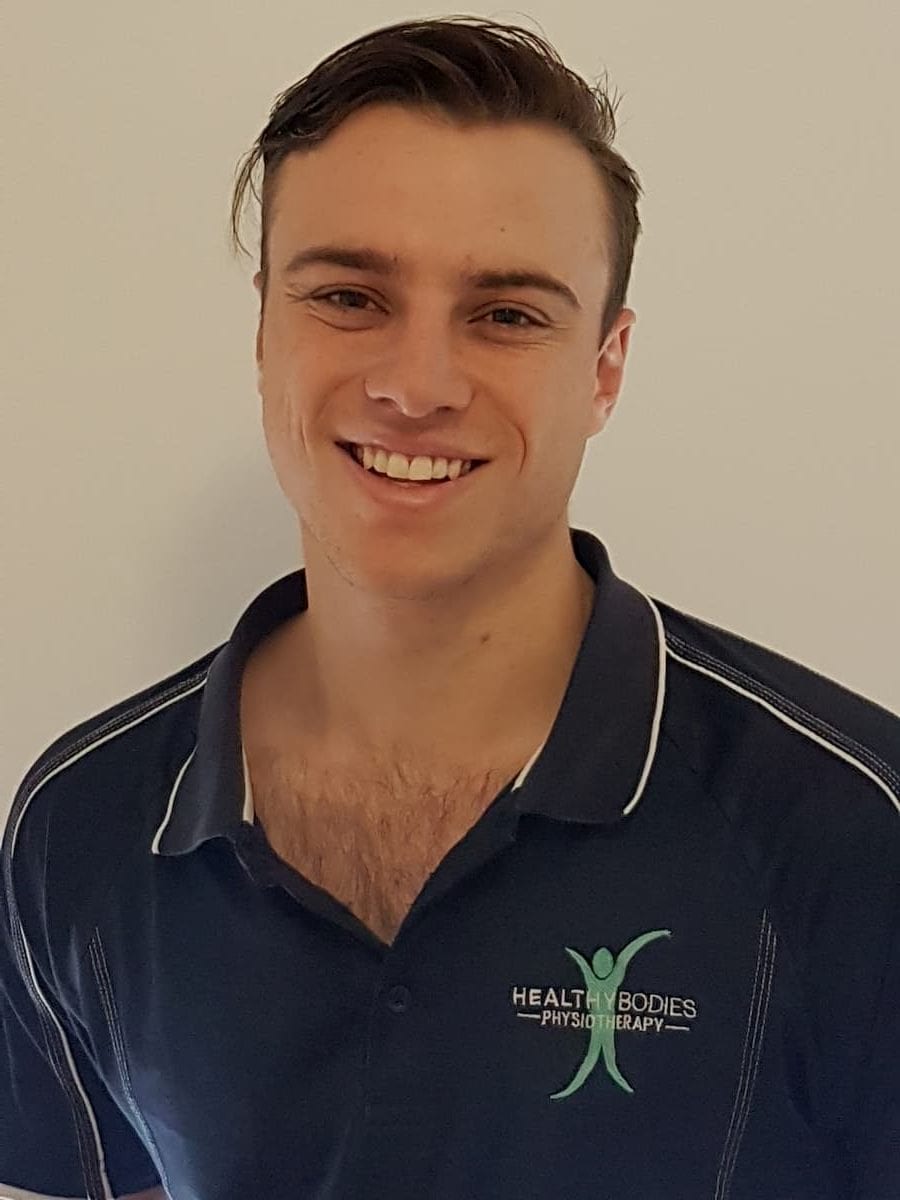 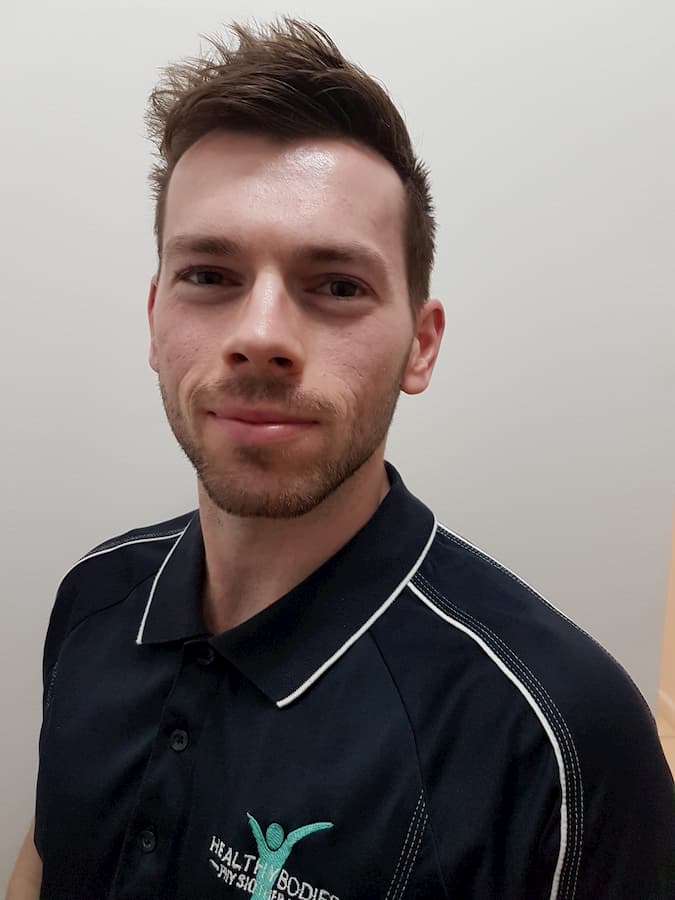 Brad Completed his Bachelor’s degree in Nutrition Sciences at Deakin in 2016 Graduating with honours. During his degree brad took special interest in Sports Nutrition and Human Physiology. Brad then completed his masters of dietetics at Deakin in 2018 gaining experience in specialised areas including renal nutrition therapy and gastro and liver surgery.

Since then Brad has been working as a consulting Dietitian working with clients regarding weight management, malnutrition, chronic disease risk management and eating for muscle growth.

Brad values compassionate and available health care believing that every person should have access to a variety of health services enabling people to live their healthiest lives. Additionally, brad believes in sustainable change and an individual approach to nutritional therapy, understanding that each person is different with their own goals.

In his spare time brad enjoys going on adventures with his dogs, regular weight training, running and swimming. Brad believes in practicing what he preaches, believing the three main pillars of health are nutrition, physical activity and mental health.

Send us an enquiry and we’ll be in touch.